Xavier Ateneo Board of Trustees honor partners with Holiday Dinner

Golden Reel & SkyCab | Up, Up and Away with Macau’s Skylators

Isn’t it a travel cliché that one of the things a first-time visitor to a place gets to do is find the highest point in the place to enjoy the panoramic vista?

Well, I was fortunate to have been one of the Visayas-Mindanao Media invited to a recent familiarization tour of Macau, China by Cebu Pacific and JG Summit Holdings and indeed, we visited not just one but two of the highest points in the Special Administrative Region, the Macau Eiffel at The Parisian Macau and the even taller Macau Tower.

However, we were also fortunate to visit another two of the city’s special attractions where the vista was not just merely a high point but moving ones at that, at Macau's glitzy Cotai Strip (the peninsula's answer to the Vegas Strip). 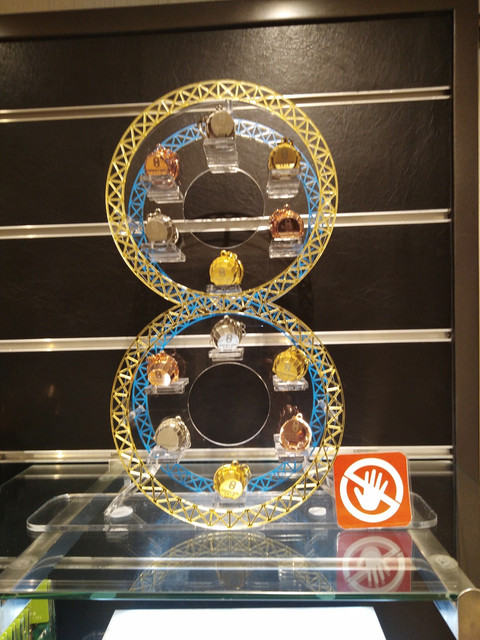 The first of these unique sky sides was the Golden Reel at the Studio City Macau entertainment resort, billed as the world’s highest and first-ever figure-8 Ferris wheel at 130 meters (427 ft). The Hollywood-inspired back story tells how to asteroid crashed through the Gotham City-inspired  main façade leaving a perfectly shaped “8” hole between the resort’s two hotel towers.

Suspended from Studio City’s two Art-Deco hotel towers (The Star Tower and the Celebrity Tower), the Golden Reel  features 17 spacious Steampunk-themed  pods, each offering enough space and versatility to host private events. Up to 10 people will fit into each pod and rides last for over 15 minutes, providing passengers with changing views of  Macau and China in the distance. 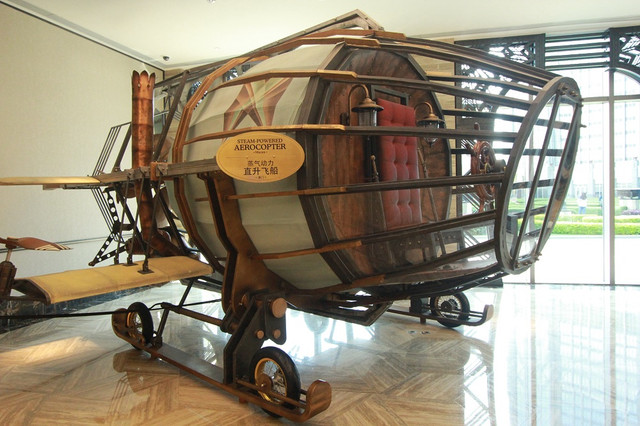 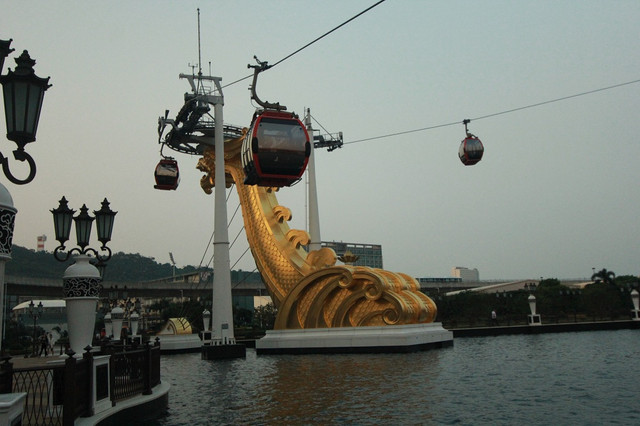 The Chinese have always considered the number 8 a lucky and auspicious number thus in this gambling mecca whose annual revenues are seven times that of Las Vegas, the astral connection is not lost on the thousands of visitors who flock to its casino hoping to ride their luck on the lucky number.

Indeed, as one enjoys the ever changing vistas below as the gondolas go through their 15-minute route, there is plenty of time for the traveler to reflect not only on his impending luck at the tables, but on how his life so far has been an up and down ride with changing fortunes that have not always be lucky, but always leave him with memories he can always to return to for the rest of his life.

With its faux Art Deco design, the $3.2 billion casino apes the golden age of Hollywood in all the signature ways — glitzy gambling floors, movie-themed entertainment options, a 1,600 room hotel, with the Golden Reel as the center piece, which has also been described as a gigantic 35 mm film reel in keeping with Studio City’s Macau’s Hollywood  aspirations.

You can board one of the wheel's 17 cars (each with space for up to 10 passengers) on the 23rd floor of the hotel. As the ride moves, it snakes around the steel gold circles in a figure-8, similar to the movement of a film's reel. There's no crossover in the middle, however, so it's not a true figure-8. To get a sense of the movement, imagine two number threes facing each other.

Spectacular views of the city and the South China Sea are guaranteed. Bookings can be made through Studio City’s website. 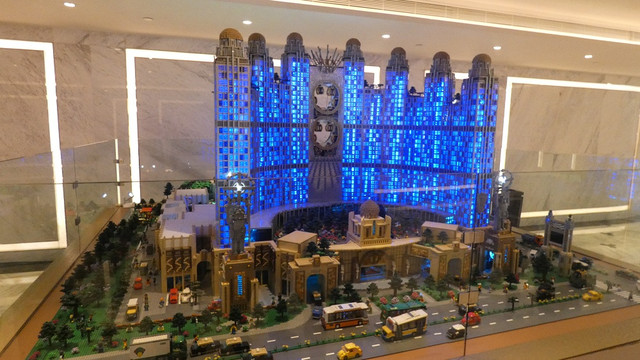 Another skylator ride we experienced was the SkyCab at the Wynn Palace Macau, also at the Cotai Strip.

The a 10 minute cable car ride skirts along the outside of the Performance Lake just in front of the Wynn Palace property and is unique in that it has two stages. The first one gets you to Wynn Palace and the next one gets you out of it.

I had only previously rode on a cable car in Hong Kong and what made the SkyCab unique was that it is reputedly the only cable car that can turn a corner without a mid-station which once you experience it, is a tale that would grow with each telling. 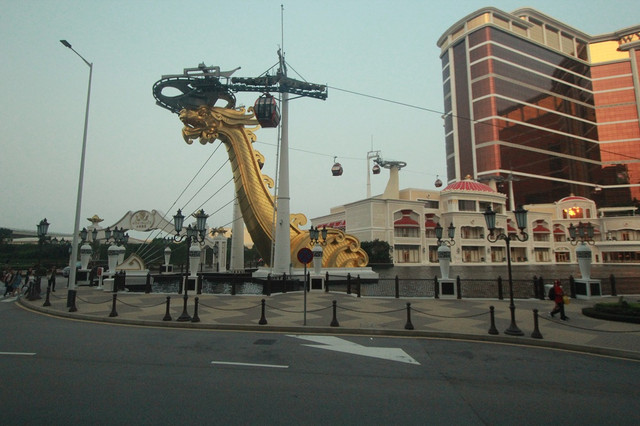 As one traveler relates online, “The Wynn SkyCab makes a total of 6 turns with 2 stations because it operates in a unidirectional configuration. You have to be inside one of these to experience the turn which feels a bit like you the way you would at Disneyland sitting in one of the Mad Hatter’s Tea Cups but of course, with turns that are not as sharp and abrupt.”

Aside from its unique operating characteristics, the red gondolas are undoubtedly designed with opulence and glitz in mind to match its environment. Two of the system’s towers are built in the form of a golden dragon while the cabins were all equipped with a custom audio system and air conditioning. Despite the advances made in ropeway technology, air conditioned cabins are still uncommon. 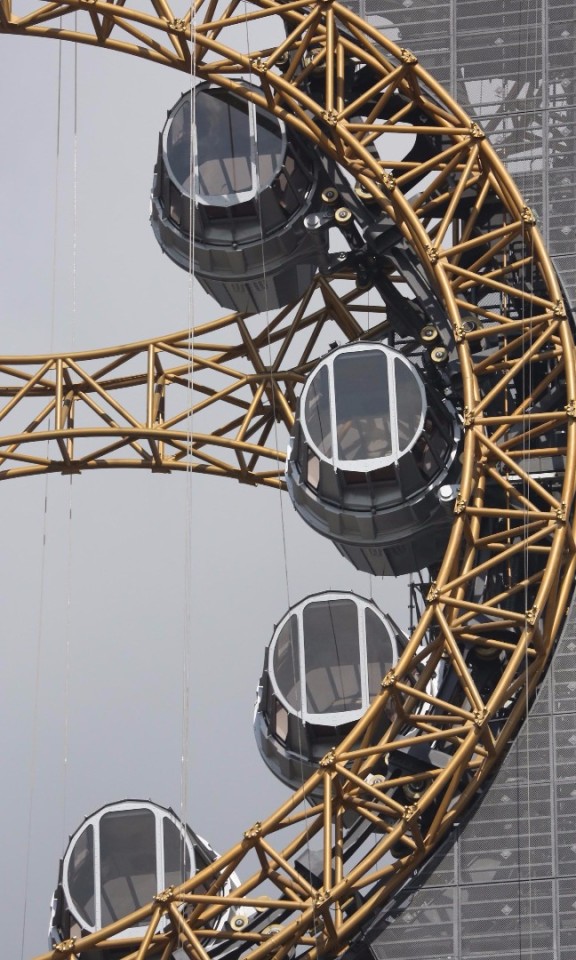 Cabs have two seating benches for up to six people. The journey is around 4 stories above the ground level, giving you a nice glimpse of the hotel.

SkyCab tickets are MOP100 per person and rides are available from 10am to midnight daily. There are two entrance platforms. You can begin the ride directly in front of the Performance Lake at ground level or from the elevated platform at the back of the lake, access from within the hotel complex. 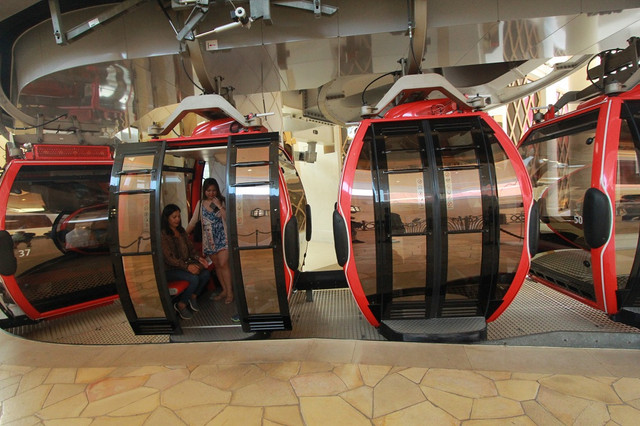 These two unique rides offer more than just a way of getting from one point to another. For the next 10-15 minutes, as the traveler goes up and around, the ever changing scenery reminds him how his world is constantly in flux and how the unique vista overlooking a panoramic look of what lies below tells his story in a way only he can understand and appreciate.

As the late Anthony Bourdain puts it: “It seems that the more places I see and experience, the bigger I realize the world to be. The more I become aware of, the more I realize how relatively little I know of it, how many places I still have to go, how much more there is to learn. Maybe that’s enlightenment enough: to know that here is no final resting place of the mind; no moment of smug clarity. Perhaps wisdom…is realizing how small I am, and unwise, and how far I have yet to go.” 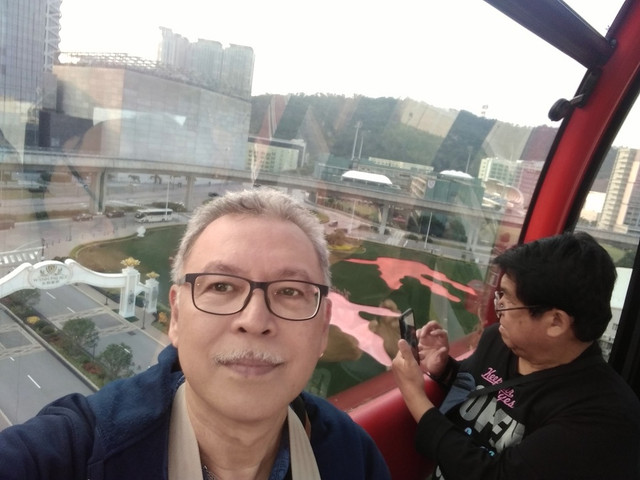 Selfie with Toots Jimenez aboard the SkyCab

Macau is a great destination for a weekend getaway–easy to fly there as well for us Mindanaoans via Cebu Pacific.

Cebu Pacific has the most number of flights between the Philippines and Macau, with direct connections from Clark, Manila and Cebu. It's a seamless connection from Cagayan de Oro/Laguindingan to Cebu (or Manila, if one prefers) then on to Macau. 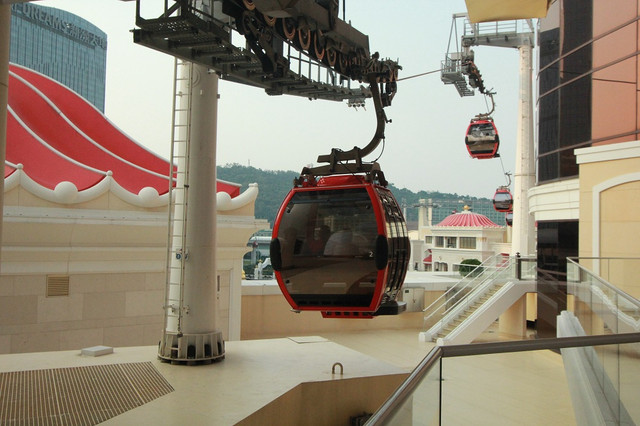 You can opt take a day trip or exit via Hong Kong, which is an easy ferry trip or bus trip through the new Hong Kong–Zhuhai–Macau bridge, the world's longest sea bridge. Or you can fly direct to Hong Kong from Cebu or Manila, take the ferry or bus to Macau, then fly back from there to the Philippines. 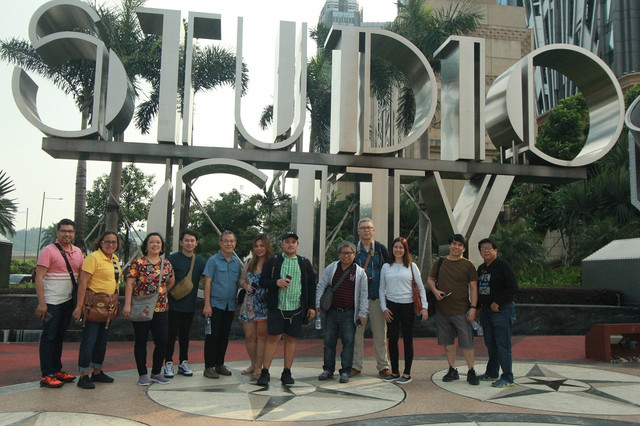 Looking for a classy yet budget-friendly catering service this Xmas?