Unfortunately, due to restrictions enforced by the city government according to the IATF general community quarantine guidelines, no public ceremonies are still allowed to mark this milestone in our local history.
According to the account documented in “The History of the Mindanao Guerrillas” shared with us by the late president of the American Guerrillas of Mindanao (AGOM) Virginia Hansen Holmes, Cagayan, Misaims (as Cagayan de Oro was then known) was wrested by the US forces and guerrillas under the 10th Military District on 12 May 1945.
However, as early as May 9, 1945, operations were already underway for the liberation of the city.
Iponan-Cagayan Operation

“Just before the landing of American forces in Mindanao on 10 May 1945, there were still Japanese pockets totaling about 300 men in the area west of the Cagayan River.”

“In coordination with the plans of the American Forces, the guerrilla troops launched a general attack on these isolated Jap pockets with the end in view of driving the enemy from this area, occupy Cagayan proper, and afford protection to the right flank of the beachhead established by the American forces in the Bugo-Agusan area.”

“The general offensive of Iponan, Bulua, Patag, Bonbon and Bayabas, started on 9 May 1945. On the same day, the enemies at Iponan were reinforced by approximately 100 Japs at 10:00 in the morning. The enemy reinforcements possibly came from Carmen or Calinogan.”

“The enemy resisted the fight, but at 11:00 of the same day, the 1st Battalion of the108th Regiment under Capt Andres Bacal, captured the strip at Patag and the enemy was reported to have withdrawn to Carmen Hills. In the afternoon of the same day, the 120th Infantry Regiment was able to cross Iponan River as planned.”

“Fighting continued at the Iponan River from early morning of 10 May 1945 till 10:00 AM. At 2:00 PM of the same day, the entire 120th Infantry Regiment was  moved out West of Iponan River, per instruction of higher headquarters, leaving the three battalions of the 109th Inf Regt across the river without support from the left rear of the enemy. CO of the 109th Inf Regt was odered to pull out his troops west of Iponan River and fighting continued.”

“At the same date, at about 7:30 in the morning, American troops landed between Cagayan and Bugo. Planes were seen flying low strafing Patag strip. Instruction was received that the plans of the troops clearing the areas west of the Cagayan River still stood. So the CO, 109th Inf Regt was directed to move out immediately with Kauswagan and Carmen as the objectives. Fighting continued and at noon of 11 May 1945, our troops occupied Kauswagan and Carmen. The 111th Inf Regt met them in Carmen the same day.”

“The Japanese numbered 300 at the west bank of the Cagayan River, stationed at Balulang, Carmen Hill, Carmen, Patag, Bulua, and Iponan. 200 of them immediately moved east of Cagayan River. They withdrew passing Balulang, Indahag, Kili-og, Libona and proceeding to Santa Fe.”

“On 11 May 1945, the 109th Inf Regt was ordered to push toward west side of Cagayan road. Route of approach was made at three points: 2nd Battalion from beach to highway, 3rd Battalion and Combat Co. in National Highway, and 1st Battalion from highway to Patag.”

“Movements started at 8:00 AM and with initial point at Iponan River. At 10:00 AM, the entire Regt was at its objective  – Cagayan River. The while west side of the Cagayan River bank was occupied by this Regt without opposition.”

“On 12 May 1945, this regiment was ordered to occupy Cagayan and at 9:00 in the morning of the same date, the109th Infantry Regiment (US Army) crossed Cagayan River in three points, namely: 2nd Battalion at Julao-Julao (present day Consolacion), 3rd Battalion at Jap wooden bridge, and the 1st Battalion at steel bridge (present day Ysalina Bridge at Carmen).”

“All ground defenses were established. The defenses were as follows: 2nd Battalion from Macabalan to Old Provincial Building to Ateneo; and the 1st Battalion with the Combat Co Attached from Ateneo to Macasandig to east bank of Cagayan River.”

“Strongholds were made at Camaman-an and at Macasandig for a possible route of Jap counterattack. Mopping operation was ordered and after the search, Cagayan was declared clear from enemy occupants.”

“The mission as stated in the first paragraph was completed successfully. The enemy casualties were undetermined, while on our side, one Cpl Bonifacio Jabonan was wounded. “ (Collated by Mike Baños) 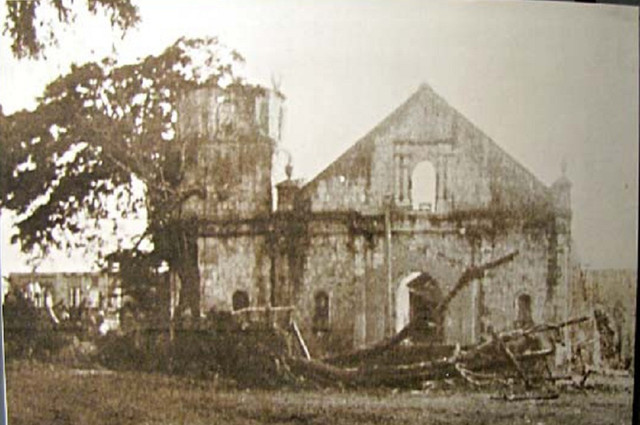 St Augustine Cathedral was bombed by the Americans during the battle to liberate Cagayan on May 9-12, 1945. 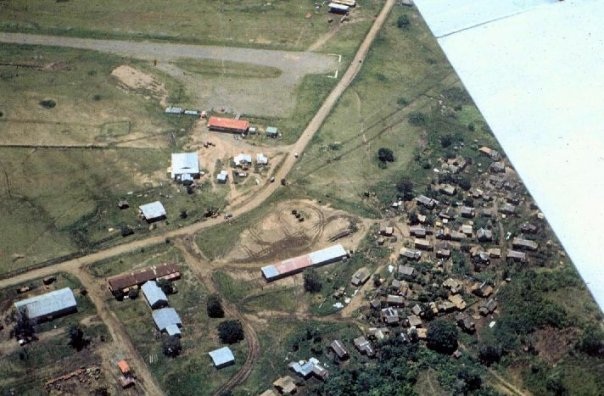 The 1st Battalion of the108th Regiment under Capt Andres Bacal, captured the Patag Airstrip around noon of May 9, 1945.